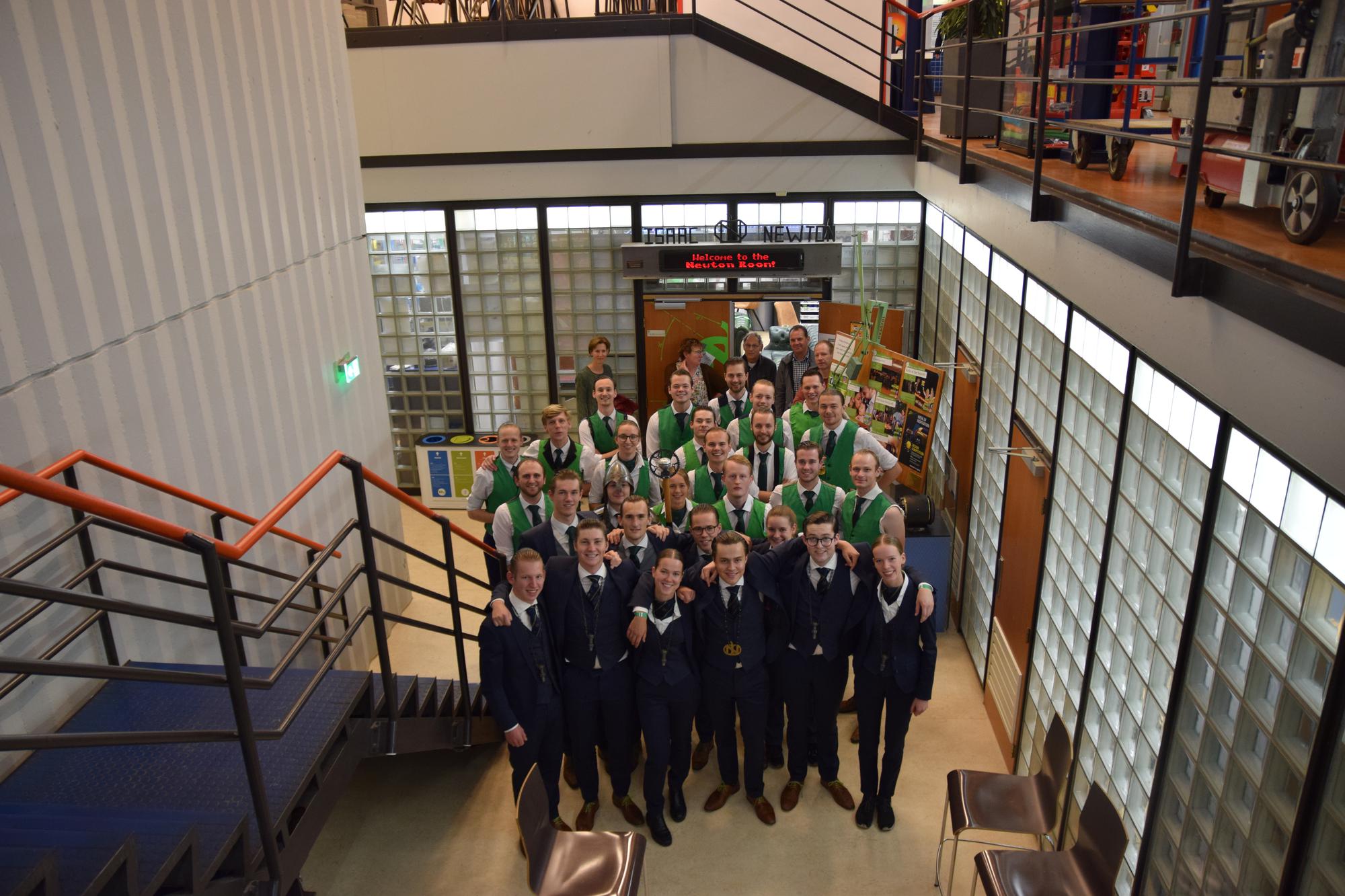 Recently, the corona measures started lifting and there was hope for a real constitution drink. The 62nd board started preparing everything and started sending invitations. Then the plans changed and they had to do it all over again…

But it was worth it! Thursday the 7th of October, we finally had our constitution drink in our own lovely bar: Diepzat. We were not the only ones that were hyped about the drink, there was a queue from Diepzat until Newton at the beginning of the drink as so many people wanted to join. Diepzat was full again like it has been in the old days. We sang the Newton anthem many times and a lot of old board members, friend groups and other (study)associations came by to congratulate us and have a small talk. When we walked in we already realised this wouldn’t be a peaceful drink. People had not been allowed to ‘bras’ (the act of taking us/ our stuff and trying to get it outside Diepzat) for one and a half years, but they had not forgotten how to do it. We were pulled from side to side, but luckily our pedellen (old board members) were there to keep us safe.

It was a great evening and we were really happy that so many people showed up. 300 people were allowed and the majority of the time we were totally full. It was really great to see that despite 1.5 years of Corona, it just felt again like it used to.